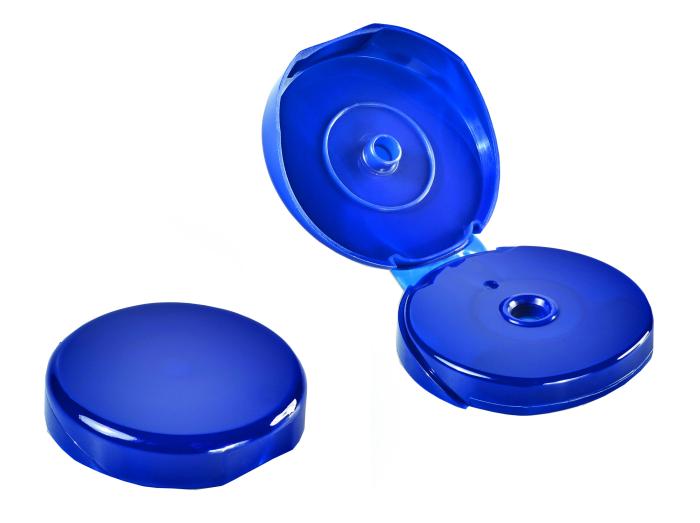 The industrial patent for Giflor's Eco Low Profile 772 tube cap has just been accepted in China, the 3rd major region to accept the Italian company's cap.

Giflor's 772 tube cap has already been patented in Europe and the United States and the acceptance of the patent in China coincides with the anniversary of the invention and patenting of the first tube by John Goffe Rand, 175 years ago.

The Eco Low Profile range of caps includes caps which are suitable for both bottles and tubes that use less plastic than regular caps providing logistical and environmental benefits across the supply chain. The aptly named "Eco Low Profile" range has won a number of awards since it was released and the lighter weight yet sturdy caps have proven themselves to be an ever popular choice in the personal care market, topping many different products and are also used for food, baby care, health and cosmetic products.

The 175th anniversary of the tube was celebrated at this year's ETMA World Tube Congress which took place in Berlin on June 2nd. The adage for this year's event was "175 Years of Flexible Tubes – And Still Going Strong". It was fitting for Giflor to participate as a tube cap manufacturer that has broken new boundaries with its Eco Low Profile range on the eve of the company having its 772 tube cap patent accepted in another major geographical region.

A touch of elegance with Giflor's 736-737 closures

Exploring objects through touch can generate detailed, lasting memories of an object enabling the tactile sense an opportunity to create a significant connection within the unconscious part of the mind. Using this to its advantage, Giflor Closure Technologies has designed the new 736 and 737 cylindrical flip-top models with a tantalizing matte finish to provide consumers with this experience with its closures.

Fanola, an Italian brand and global leader in professional hair care has chosen Giflor's 560 closure to enhance its customers' online shopping experience in order to avoid product leakage at any point along the supply chain.

Spearheading the plastic closures industry, Giflor welcomes a brand new closure into its portfolio. The SQUEASYT™ benefits from a TPE valve and delivers clean dispensing without droplet loss.

EuPhidra is a brand of cosmetic products pertaining to the Zeta Farmaceutici Group dedicated to skin care and health. As an extremely innovative brand with high sustainability values, EuPhidra has chosen an Eco Low Profile closure for tubes from the Giflor catalogue to crown its new "Floreali" collection of 98% natural shower gels .

Tulipan Negro bath gels stand out not only for their refined formulations, but also for their modern packaging that packs a strong visual and emotional impact into every product. It's no coincidence that the closure system chosen by Tulipan Negro is, once again, produced and designed by Giflor Closure Technologies.

Giflor's distinctive Just Colors product collection continues to expand and strengthen its market position through the addition of 2 new Ø20mm closures. The patented designs benefit from a classy look so that the newcomers to Just Colors are highly versatile and multi-skilled caps which are appealing across a variety of industries ranging from beauty to cosmetic, and food to pharma.

Giflor, where hygiene and sustainability meet

Giflor Closures has worked with Oliofora, a Portuguese brand of body care products made from native raw materials of northern Portugal to create easy-to-use sanitizing products. Sustainability comes first and foremost for Oliofora, so it comes as no surprise that Oliofora has chosen Giflor's 405 model in PCR.

Giflor has once again proven that it is a leader in the pursuit of producing innovative packaging which conforms to both the desires of brands and consumers. The Italian closure manufacturer is proud to announce that its patented Eco Low Profile 772 mono-material tube system has received a top award during the Tube Council's prestigious 2020 Tube Of the Year Awards.

Following intensive development and testing, Giflor's eco low profile cap (ELP) is now part of a brand new laminate mono-material tube system that is recycle-ready as a single piece of packaging. The new launch marks another milestone on the path towards sustainable packaging and a circular economy.

Giflor's 560 is compliant with Amazon standards

Giflor's 560 closure is an exclusive screw-on push-lock cap with bore seal, which has ISTA-6 validation fulfiling Amazon's testing requirements for SIOC. The 560 has been tested in accordance with Amazon's own SIOC test methods which simulate different handling and transportation risk scenarios.

Giflor has obtained the British Retail Consortium (BRC) certificate with an impressive grade AA result, a step ahead of the company's initial grade A. This new certification accredits the constant evolution of processes and hygienic standards at the company.

Giflor Closure Technologies, an international leader in the production of plastic closure systems for over 40 years, has a set a new goal for this year. Despite all of the global challenges 2020 has brought, Giflor has decided to further its efforts from an environmental point of view. The company slogan, "2020: two times green" testifies that this will be a decisive year for sustainability, a challenge that Giflor has been at the forefront of for some years now and wishes to continue improving upon. See how their latest products get greener.

Despite the countless challenges presented in the global market during 2020, Giflor has decided to further intensify its environmental efforts as the slogan chosen by the company indicates, "2020: two times green". It testifies that this will be a decisive year for the sustainability challenge, a challenge that Giflor has been at the forefront of for some years now. From products to processing, sustainability is at the heart of all company projects.

With their classic design, Giflor's Mushroom Closures are a timeless solution for any cosmetic, personal care, and health care products. The attractive and distinctive shape, flip-top opening, and different finishes of these plastic caps for evergreen pack solutions suit different brand attitudes and philosophies.

Giflor’s environmentally conscious Post Consumer Resin collection revolves around the use of “recycled” materials. This highly innovative and eco-friendly PCR closure collection responds to the growing demand for a circular economy and helps brands improve their sustainability credentials with 100% green packaging solutions.

As increased efforts are being made for a more sustainable planet in 2020, Giflor has joined forces with Sibo for its "one material, one vision" commitment to lighter weight, recycle-ready full tube packs. This is a major innovative step forward towards an eco-friendly product developed through the design and manufacture of tube packages.

Design is not only about creating an appealing product, it also means making the product extremely functional and user-friendly. Giflor's 560 patented cylindrical cap model combines both these features.

Black plastic packaging poses a great challenge for the recycling process because the presence of carbon black does not allow the correct sorting of black parts at recycling facilities. Giflor’s Carbon Black Free (CBF) resin is the latest response to this challenging issue.

Giflor has recently obtained the prestigious BRC Packaging and Packaging materials with a grade A certification. The BRC standard, which is internationally recognized within the GFSI, allows GIFLOR to further qualify as a supplier of products to large retailers and stores as well as consolidate its position in foreign markets, especially the UK, USA and other countries that acknowledge this certification for its undisputed distinctive value.

There's more to Giflor's 850 than meets the eye

Giflor's 850 is a cap that has been designed to enhance the look and feel of a pack, offering outstanding advantages above those of standard disc-top closures. The patented cap is a double wall bi-injected flip top with a standard 24/410 neck.

Cutting edge technology is being utilized to enhance sustainability at Giflor. And it's not just machinery that is benefiting a more environmentally-friendly production. Find out how the world renowned caps manufacturer is making its product offering greener and saving the world's resources.

Behind the scenes at Giflor Closures

Denis Dalla Fontana, Operations Manager at Giflor offers a unique opportunity for a behind the scenes look at the Italian caps and closures company. Inspiration comes from within at Giflor as the company maintains a cutting edge position at the forefront of closure technology and production techniques through investing, testing and exploring new materials.

The ESTube Green Solution from CTL-CH Packaging has been selected as a finalist for the IPA Award in the Sustainability Section. The solution includes our Art. 772-50, Eco Low Profile flip-top closure for 50mm tubes.

Nowadays, a focus on sustainability is a MUST to ensure the survival of our planet. Always staying ahead of the times, Giflor Closure Technologies has been committed to this ever since 2006, when it launched its Eco Low Profile line for bottles, and the company now works with this philosophy in mind every day. As brands look for simple ways to improve their sustainability credentials, Giflor's Eco Low Profile cap options have gone from strength to strength, offering a lightweight packaging option utilizing less plastic material and benefiting a reduced carbon footprint.

Advantages of caps and liners for e-commerce

E-commerce has opened up global growth possibilities for many companies, however, there are characteristics which make some products more viable options for the sector. Headquartered in Italy, Giflor is one of the world's most innovative plastic cap manufacturers and much of the company's product offering is ideal for e-commerce trading.

Giflor is right on trend with its matte finish closures

As one of the world's best-known plastic cap manufacturers, Giflor is always at the forefront of closure trends. The Italian company's latest development is the enhancement of its Just Colors line with the inclusion of 2 new options that are ideal for the creation of stylish personal care packaging.

The Giflor story is narrated in a short movie which highlights the company's values such as reliability, flexibility and technological innovation. Giflor's global strategic approach, combined with Made in Italy design, has marked its success throughout the years.

A new date to save in your agenda: from June 26th to 29th come and visit us in Moscow at the RosUpack Fair where we will be with our partner CentrUpak. A great strategic platform to discuss labelling and packaging topics.

The 850 closure, launched by Giflor in 2017, confirms its success internationally

Giflor is experiencing a moment of great growth and success, positioning itself as a relevant brand in the cosmetics packaging market. 850 closure is the latest born of the Italian brand, a patented double-walled cap of 50 mm, which makes it unique in its design, functionality and versatility.

Giflor Plastic Caps, the internationally renowned and award-winning caps manufacturer will be participating at Colombia's Andina Pack as the Italian company further expands its territory across South America. The South America market is a growing market for Giflor as the company already has a number of key customers in the region that turn to the company because of its excellent reputation and wide offering of closure options.

Giflor, the Italian plastic caps and closures company has been awarded the Tube of the Year Gold Award by the American tube manufacturers association. The Tube Council presented Giflor with the award at the recent convention which was held in Las Vegas. 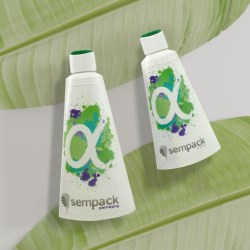 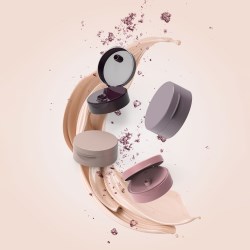 A touch of elegance with Giflor's 736-737 closures 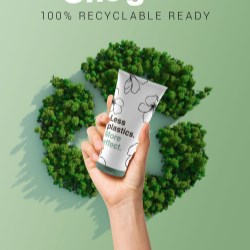 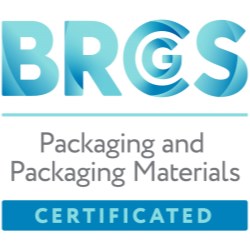 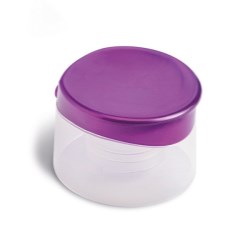 There's more to Giflor's 850 than meets the eye